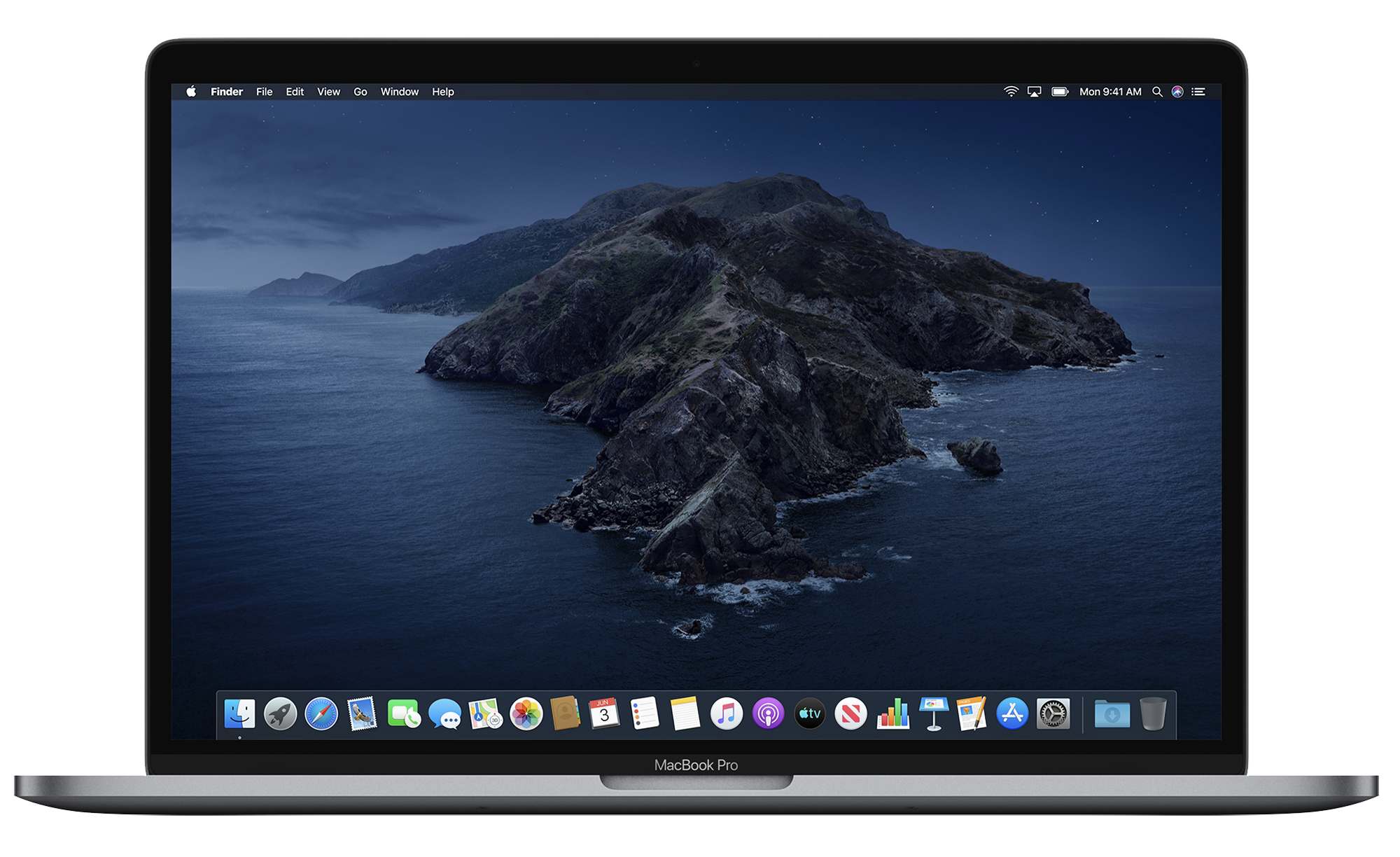 We know that different people have different opinions and perceptions about which one is the best and most convenient but today, we will not dwell on that since we are going to talk about the newest Mac OS, Catalina, and give you some related highlights and guidelines.

We believe that this information will help you to make informed choices whether you are a first time buyer (user) of an Apple computer or you are already a Mac big fan.

According to Apple itself, macOs Catalina gives you more of everything you love about Mac. Experience music, TV and podcasts in three all-new Mac apps. Enjoy your favourite iPad apps now on your Mac. Extend your workspace and expand your creativity with iPad and Apple Pencil. And discover smart new features in the apps you use every day. Now you can take everything you do above and beyond – https://www.apple.com/za/macos/catalina/

At CompEye, from our own experience with Catalina, we believe that ‘she’ is unique and is a must have if you believe in the beauty of life especially from the angle of technology.

Catalina has so far received positive reviews from some very tech savvy people including renowned computer or information technology centred magazines such as PC Mag.

Edward Mendelson from PC Mag says Catalina, the latest version of macOS, offers beefed up security, solid performance, the ability to use an iPad as a second screen, and many smaller enhancements – https://www.pcmag.com/reviews/apple-macos-catalina

The Economic Times says “If you are deeply entrenched in the Apple ecosystem you will probably love the new OS. If you are moving from a Windows device, this will be a pleasant — yet initially difficult — change. Apple’s macOS Catalina is a free to download and works on almost all MacBook, iMac, Mac Pro and Mac Mini devices launched in 2012 and later”. (sic) – http://lnnk.in/8Fg

Hereunder, we have listed for you some Mac computers that are compatible with Catalina just in case you may be thinking of upgrading your Operating System – MacBook (2015 or newer)

More so, with the new release of Mac OS 10.15 Catalina, if you are a Graphics Designer, you may wonder which Adobe applications are compatible, or whether you should wait to install the new OS update.

In that regard, we have compiled a list of some known issues that we have been able to come across thus far in Catalina.

You can have a look at them on the links below but if you run into any issues that are not listed below while you are using Photoshop or Lightroom in Catalina, please let us know.

The Computer Age and the Fourth Industrial Revolution (4IR) are some of the terms which are familiar to people across the continents and quite often these words reflect the prevailing use of computer related technologies in people’s day to day interactions with each other.

Computers have redefined how work is done in businesses and has also made an observably definite impact in the field of education.

In almost every sphere of life, people are either considering the use of or they are already using a computer in making life and work easier and faster and more effective.

In as much as computers are very essential in addressing various issues that people attend to from time to time, we must also understand that in one way of the other, computers may or can start to develop faults and even break down thus causing great inconveniences to various stakeholders.

With this knowledge in mind, at CompEye, we are always excited to be an Information Technology (I.T) centred initiative that quickly and efficiently attends to computer or information technology related issues at your own convenience and to your satisfaction.

For any information relating to Catalina or any other computer related issue, please contact us on:

Meet the Zimbabwean building driverless cars in the UK

Meet the Zimbabwean building driverless cars in the UK 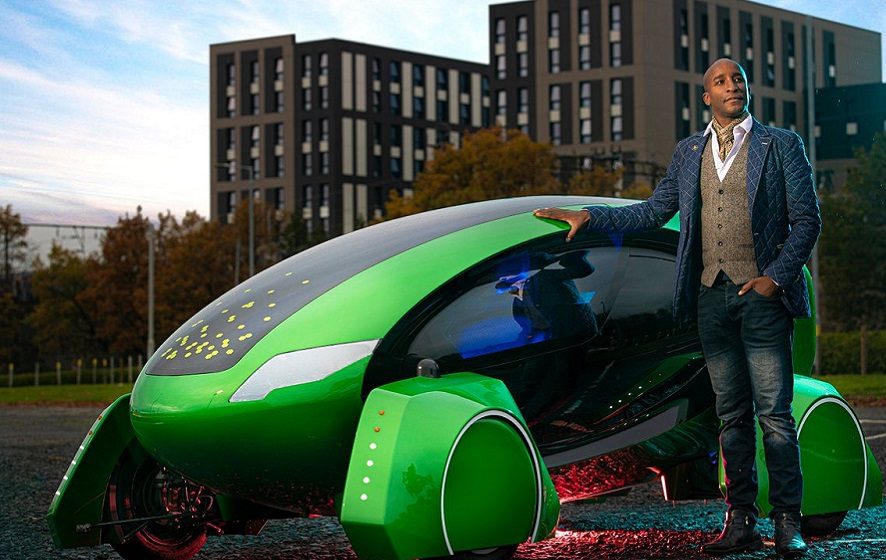 Pasi William Sachiti is a Zimbabwean serial entrepreneur, who is building driverless cars in the UK, using a combination of advanced robotics and driver-less vehicle technology.

His UK startup, Academy of Robotics has been working on “Kar-go”, a driverless car to solve the last-mile delivery problem.

The vehicle has been developed in collaboration with the UK’s vehicle licensing authority, the DVLA, to travel on the roads at up to about 96km/h.

Prior to these amazing cars, Sachiti has built quite a number of companies that have been acquired by others. He built “MyCityVenue”, an A.I. driven experiences platform serving 1.6 million users which was acquired in 2015 by Secret Escapes.

Born in Harare, Zimbabwe and moving to the UK at 16, Sachiti started out as an entrepreneur when he was only 19. His first start-up at 19, was called “123-registration”, a domain registration business which was acquired for an undisclosed amount.

Before building “MyCityVenue”, Sachiti was on the BBC Investment program Dragons Den, where he pitched a start-up, “Clever Bins” – a solar-powered digital outdoor advertising bins. The company he pitched traded for three years and subsequently licensed its technology to six countries and local governments before closing in 2013.

Sachiti, who studied at the London School of Economics and Political Science (LSE) and Aberystwyth, is now the founder and CEO at Academy of Robotics.

His autonomous vehicle was launched in 2019 at the Goodwood Festival of Speed in the UK.

During his trip to the UK, Zimbabwe’s Minister of Foreign Affairs and International Trade, S.B Moyo together with Zimbabwe’s ambassador to the UK inspected the Kar-go vehicle at an exclusive reception hosted at the Westbury Mayfair hotel.

Sachiti shared his vision to make Kar-go technology available around the world at the event which was organized by Conrad Mwanza and the Zimbabwe Achievers Awards team.

According to Sachiti, he used Zimbabwe roads to train the car’s AI. “There are some great delivery robots out there, but most of them are designed to run on neat pavements or sidewalks of grid-like cities. We want Kar-go to be universally applicable, so we have trained our technology in a number of different environments and of course, for me, Zimbabwe was a natural choice,” he said.

Kar-go has a software stack that allows it to navigate on unmarked country roads and even without GPS. “It works in conjunction with an app, where recipients can track their delivery and meet the vehicle just like meeting a pre-booked taxi. Recipients will then use the app to open the hatch to release their specific parcel. Inside the vehicle, a patented package management system will sort and re-shuffle packages on the move”.

Kar-go is powered by Telsa batteries and can drive at 60mph and cover around 193km before it needs re-charging.

According to TechZim, Kar-go uses advanced evolutionary artificial neural networks to train the vehicle in a way that mimics aspects of nature and biology, helping it to learn from events in the past and apply this knowledge to new situations it faces. It adopts a revolutionary terrain-training approach.

In 2010, Sachiti was nominated for HSBC Start-up stars for his company and innovation ‘Clever Bins’. In 2013, he won the Zim Achievers Awards in Business Innovation also for ‘Clever Bins’.

In 2017, Sachiti got the award for the Aberystwyth InvEnterPrize for ‘Kar-go’ and in the same year, he got nominated for the Wales Start-up Awards for the most innovative start-up in Wales.

Cupertino, California — Apple today received its first-ever Golden Globe nominations from the Hollywood Foreign Press Association (HFPA), including Best Television Series, Drama, for Apple’s global hit “The Morning Show” and dual nominations for Best Performance by an Actress in a Television Series, Drama, for “The Morning Show” stars and executive producers Jennifer Aniston and Reese Witherspoon. The awards will be presented at the 77th Annual Golden Globe Awards on January 5, 2020.

The multiple nominations received by Apple this morning include:

“Thank you to the Hollywood Foreign Press Association for today’s historic nominations,” said Zack Van Amburg, Apple’s head of Worldwide Video. “After the debut of Apple TV+ just last month, today’s nominations are a true testament to the powerful storytelling that went into ‘The Morning Show,’ as well as all of our Apple Originals.”

“‘The Morning Show’ is resonating with audiences all around the world and today’s recognition from the Hollywood Foreign Press Association further reinforces how timely and special this series is,” said Jamie Erlicht, Apple’s head of Worldwide Video. “Congrats to Jennifer Aniston, Reese Witherspoon, Michael Ellenberg, Kerry Ehrin, Mimi Leder and the unparalleled cast and creative minds behind this project. We cannot wait to continue exploring the world of ‘The Morning Show’ into season two.”

“I’m incredibly proud that the show was nominated, and it’s so rewarding to see the hard work and talent of Reese and Jen recognized,” said Kerry Ehrin, executive producer and showrunner of “The Morning Show.” “Mimi, Michael and I could not be more delighted and grateful to the HFPA for this honor, and to Apple for all their support.”

“What a beautiful morning for ‘The Morning Show!’ Feeling grateful to be able to bring this story to light alongside a most brilliant group of artists — our cast and crew who worked passionately from their hearts and souls to continue the conversation of power, greed and toxicity in the workplace,” said Mimi Leder, director and executive producer of “The Morning Show.” “It is an important time, and a privilege, to be able to tell stories and create art that reflects the times we are living in. Thank you HFPA for this incredible honor and for also recognizing Jennifer and Reese. Working with them is a dream come true. Kerry, Michael and I are blown away!”

“I am so grateful to the members of the Hollywood Foreign Press Association for recognizing ‘The Morning Show’ and Jennifer Aniston and Reese Witherspoon’s outstanding performances,” said Michael Ellenberg, executive producer of “The Morning Show.” “A huge thank you to Apple TV+ for their incredible partnership and the remarkable cast and crew, who I’m honored to share this nomination with.”

“The Morning Show” explores the cutthroat world of morning news and the lives of the people who help America wake up in the morning. Told through the lens of two complicated women working to navigate the minefield of high-octane jobs while facing crises in both their personal and professional lives, “The Morning Show” is an unapologetically candid drama that looks at the power dynamics between women and men, and women and women, in the workplace. The series is executive produced by Michael Ellenberg through Media Res, which also serves as the studio, along with Jennifer Aniston and Kristin Hahn through Echo Films; Reese Witherspoon and Lauren Neustadter through Hello Sunshine; and Mimi Leder, who also directs several episodes. The series is developed by Kerry Ehrin, who serves as showrunner and is an executive producer.

Apple revolutionised personal technology with the introduction of the Macintosh in 1984. Today, Apple leads the world in innovation with iPhone, iPad, Mac, Apple Watch and Apple TV. Apple’s four software platforms — iOS, macOS, watchOS and tvOS — provide seamless experiences across all Apple devices and empower people with breakthrough services including the App Store, Apple Music, Apple Pay and iCloud. Apple’s more than 100,000 employees are dedicated to making the best products on earth, and to leaving the world better than we found it.

Make Money During Lockdown, Visit WTT Recycling In Soweto And Get The Best Deals

FOSMM Expresses Its Satisfaction with VR Attorneys Inc. Letter to President Cyril Ramaphosa on the Rule of Law