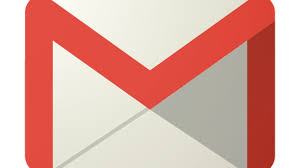 Breaking News: Gmail, the global email giant is temporarily down

“In the quest to build an inclusive, caring, prosperous and aspirational Africa, one cannot be blind to the urgency and need to appreciate the centrality of the rule of law as a weapon to fight the triple challenges of poverty, inequality, and unemployment in Africa,” said Mr. Tinashe Mpasiri, Director of Corporate Literacy at the Justice Under Rule of Law (JUROL) Institute based in Johannesburg.

He also stated: “I am just throwing this question to each and every individual in the room this morning. Do you agree that there is a causal link between economic development and rule of law?

And if that is the case, when we look at individuals on the African continent, who stands out as a shining star in Africa as a beacon of hope on the rule of matters.

If you were asked to name just 5 names of African giants, icons, generals, and shapers of thought and actions in the arena of promoting, protecting, and upholding the rule of law, who would be on your list?

It is critically important in dialogues like this one that we pause and take a step back to reflect on what needs to happen to make Africa, a winning continent and who among us we can bank on to show the light and pathway to the ideal place where we all must aspire to be.

It occurs to me that raising awareness on the importance of provoking, inspiring, and igniting conversations that raise awareness of the causal link between constitutionalism and the rule of law in delivering the promise of growth and development, could help in recalibrating Africa’s development trajectory.

The countries where the rule of law is not the order of the day, automatically default into poverty, unemployment, and inequality.

Africa needs its own generals and Points of Light (POL) who can help give personality and character to the quest for a new order in Africa that speaks to the promise of inclusivity, diversity, and prosperity.

The SA Investment Envoy, former Minister Jeff Radebe, responded by saying:
“Just to respond, I agree that the question of constitutionalism is a sine qua non for Africa’s development and the talk of constitutionalism and the rule of law is part of the heritage of the ANC.

In South Africa, the struggle for freedom and justice was led by the ANC from the 1920s and the central thrust was delivering civil and constitutional rights to the entire population.

If a nation does not chart constitutional principles, doom will inevitably follow. The successive generations in SA have followed constitutional doctrines that culminated in the 1996 Constitution that is based on human rights and premised on the supremacy of the Constitution as the supreme law of the nation.

I am convinced that in order to ensure that justice for all is the promise we all have a duty to play our parts as citizens in shaping and defining the character of Africa we want to see.

I am just replying to Mr. Mpasiri there that I fully agree with what he said that we need to promote the spirit of the rule of law.”