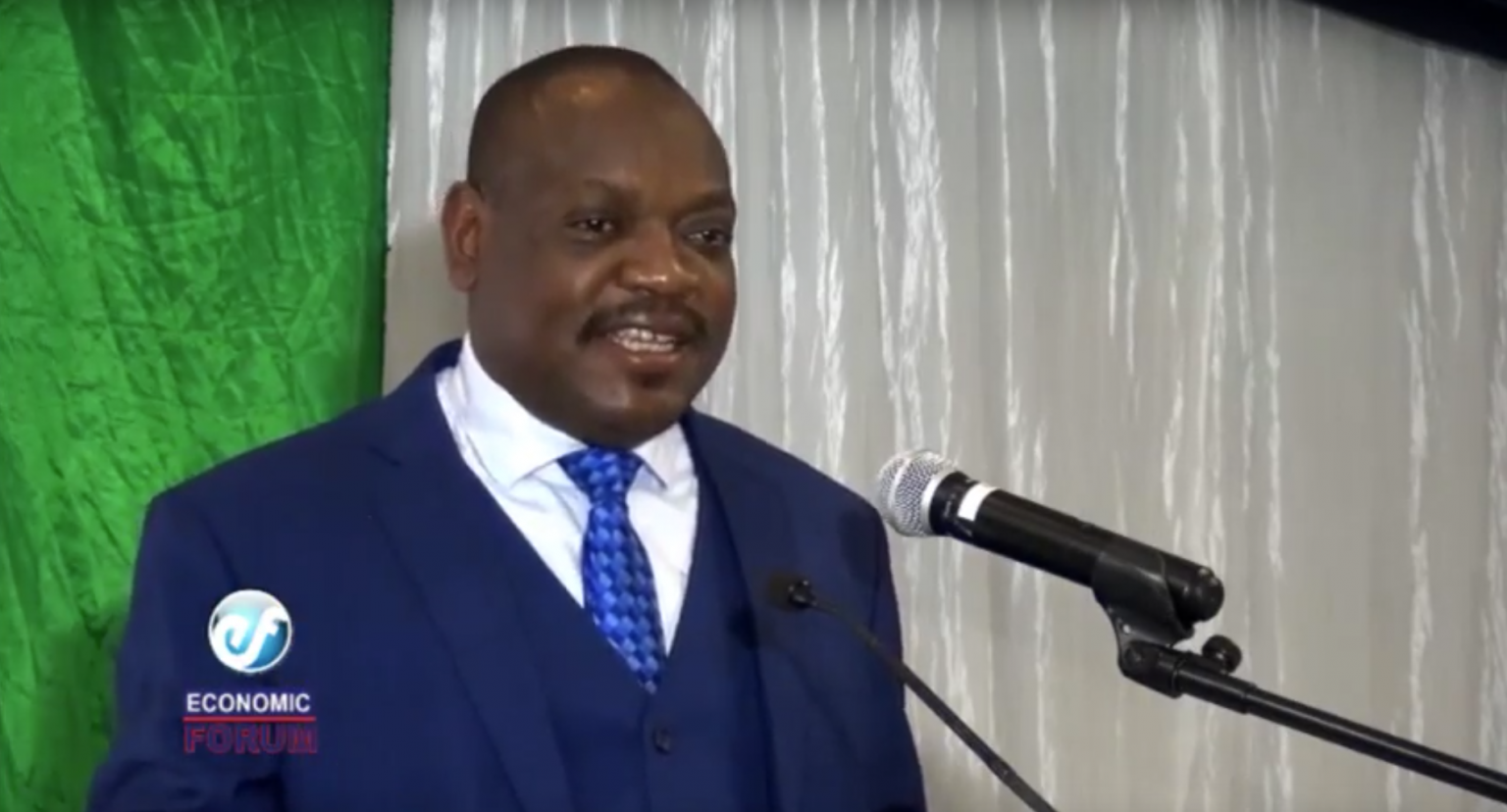 Watch ED: If the people of Kuwadzana are behind the drought; I will order a military attack on them. 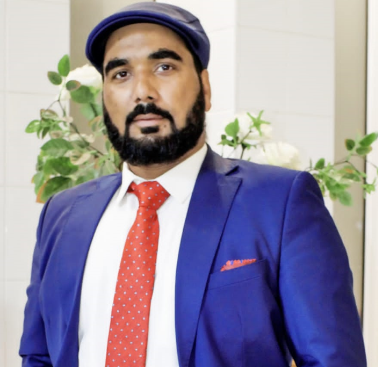 The journey of life has its own twist and turns, as well as its own highs and lows, but despite all that, some people can still manage to display amazing hope, great determination and a touch of excellence to what they do in the pursuit of their wishes and dreams.

One good example of such people who has shown great willpower regardless of their circumstances until they achieve their goals is South Africa’s award winning serial entrepreneur Jagjit Singh who owns The Royal India Group.

The Royal India Group has business interests across various sectors of the economy including hospitality (high-end restaurants), minerals (diamonds) and energy (petroleum).

Jagjit who is originally from Punjab in India came to South Africa in search of greener pastures after he completed his tertiary education where he studied to be an Electronics and Telecoms engineer.

Even though he is now a celebrated entrepreneur pursuing various business interests in different fields not related to what he studied at school, Jagjit had a tough early encounter with life in South Africa because of hardships associated with culture shocks and unemployment.

Despite having studied for Electronics & Communication Engineering, when he arrived in South Africa, he had to start life as a waiter in an Indian Restaurant and later on rose through the ranks in the hospitality business until he started his own enterprise.

The restaurant has over the years hosted various prestigious events and is also a favourite venue for filming South African telenovelas such The Family Secrets.

Besides the hope and determination that he exudes in the pursuit of his goals in life, fellow entrepreneurs and even his clientele believes that Jagjit has a rare touch of excellence in conducting his business affairs.

The founder of Lavo Wines who is also the CEO of Polyzomba Rail Contractors which specializes in Rail construction and maintenance, Ms Lerato Pretorious describes Jagjit as a “Royal Man”.

While giving a speech at Jagjit’s birthday two years ago Lerato said “JJ, you are a true Royal Man. You command respect and you are confident. You demonstrate your leadership skills to both well established and new businesses. I admire your hard and smart work.

Such great business leadership and management qualities as acknowledged by fellow entrepreneurs such as Lerato Pretorious and others has resulted in Jagjit getting several awards of recognition for his input to both the field of commerce and society at large.

Recently, a leading business publication, CEO Insights named Jagjit among the Top 10 Indian Leaders in South Africa (2022) and cited him as an entrepreneur who ‘overcame countless challenges before achieving success’.

After having survived some serious finance related turbulences in his own life, the award winning businessman also known as the Punjab Boy or JJ now dedicates a part of his fortune to support charitable initiatives that seek to empower communities in the country.

For supporting such noble causes, Jagjit was awarded with the highest Commendation Award of Honour in Karate by the internationally recognized South African martial arts legend and President of Karate South Africa, Mr Sonny Pillay.

This was in recognition for his continued role in sponsoring and hosting the Karate South Africa 101 Charity Awards over the years.

Mr Pillay describes Jagjit as a person with a dynamic personality who never fails to exhibit tenacity, determination and courage despite the turbulent times we live in. He also says that Jagjit has a heart of gold and will give you a t-shirt on his back even if it’s the last one when a friend is in desperate times.

While commenting on his own commitment to charity work, Jagjit says he believes in making a positive difference in the lives of others and credits such good deeds to the helping hand that he has also received from other people during the times when life was hard for him.

In their joint statement, AHS, C2C and STC, said that the JJ Singh Appreciation Day was meant for citizens to reflect on the idea of corporate citizenship and the role played by corporate actors in delivering the promise of prosperous, dynamic, inclusive, and cohesive communities.

Yesterday, Mr. Tichaona Mupasiri arrived late yesterday for the hearing of his application that he launched on 17 December 2021 in the Constitutional Court of Zimbabwe (CCZ) under Case Number 34/21 seeking to impeach President Mnangagwa alleging that he has breached his constitutional duties.

The case seems a forgone conclusion as it is unlikely that the Court will live up to its constitutional duty to determine independently and impartially as required by the constitution, whether the behavior of a powerful President like President Mnangagwa in the Zimbabwean context can ever be held accountable for his conduct.

Although accountability of public office bearers is entrenched in the constitution and this is what citizens demand today, it is not easy to realize.

The duties of the citizens in holding the President to account for his conduct are often not generally delineated against a backdrop of lack of information needed to understand how well the responsibilities of public offices are being discharged.

In a constitutional democracy, accountability is an implicit tenet of an accountable, transparent, and open society.

At the core of Mupasiri’s application is an attempt to test what President Mnangagwa knew of the facts and circumstances surrounding the origin and implementation of the reconstruction legislation in relation to SMM and other entities, how he got to know what he has admitted to knowing, what his interest, if any, in the affairs of the targeted entities, and details of his involvement, if any.

According to Manikai, there was a major political fallout between President Mnangagwa and Mr. Mawere that triggered a series of events including the decision to divest the latter of all his companies without compensation.

It is alleged that President Mnangagwa knowingly engaged in a wide-ranging pattern of actions that violate the constitution, laws, government agency regulations, ethical requirements, repeatedly putting his own personal political interests before the public interest.

His coterie of associates including Manikai has directly attacked the rule of law resulting in the creation of two justice systems – one for the President’s allies and one for everyone else.

As part of the systemic attack on the rule of law that began under Mugabe’s watch, the victims have been the very institutions that might hold the Administration accountable including the Courts.

Did Minister Chitando steal claims? As Welshman Ncube and Prof Madhuku are put in the spotlight

On 8 February 2022, Minister Chitando who played an instrumental role in the placement of Hwange Colliery Company Limited (Hwange) under the control of a state-appointed Administrator, was in court on allegations that he grabbed 8 mining claims.

The role of one of President Mnangagwa’s blue-eyed Ministers in undermining the rule of law is well established but his direct role in allegedly fraudulently diverting the 8 claims to a company in which he is director was not known until businessman Yakub Ibrahim Mahomed accused him of orchestrating a scheme that resulted in him losing the title, right, and interest in the claims.

In this matter, the role of the leading Zimbabwean lawyers in prosecuting and defending the indefensible also comes under the spotlight.

The VP of the Citizens Coalition for Change (CCC) party, Welshman Ncube, and the President of the NCA party, Lovemore Madhuku are acting for Minister Chaitando.

Chitando is accused of grabbing the claims and then re-issuing them to Golden Reef Mining (Pvt) Ltd, where he is a director.

Mohamed owns Anesu Gold (Pvt) Ltd, which he claims in court papers is the registered owner of the gold claims in Mberengwa district, Midlands province, which are also referred to as Mangoro claims.

The matter was set for hearing yesterday, but High Court judge Justice Rogers Manyangadze postponed it to February 24 at the request of Chitando’s lawyer, Takudzwa Mutomba who indicated that the minister, together with Moyo and Ndhlovu had secured the services of a new lawyer, Lovemore Madhuku who was tied up elsewhere.

In his application, Mohamed said the mining claims were previously owned by, and registered in the name of Start Mining Services (Private) Limited, where he initially had a 70% stake with the other 30% owned by Rugare Gumbo.

Mohamed said he later bought out Gumbo and now owns 100% shareholding of the claims.

It is alleged that in 2018, Chitando sent invoices for Start Mining Services to pay mining fees for the claims.

Fidelity Printers approved that US$6,4 million must be paid to finance the applicant’s operations, including the payment of the inspection fees for the mining claims.

“This arrangement had the approval of the governor of the Reserve Bank and the permanent secretary of the Ministry of Finance and Economic Development. Fidelity gave the facility on the strength of clean and unencumbered mining claims following a due diligence process,” Mohamed’s court affidavit read.