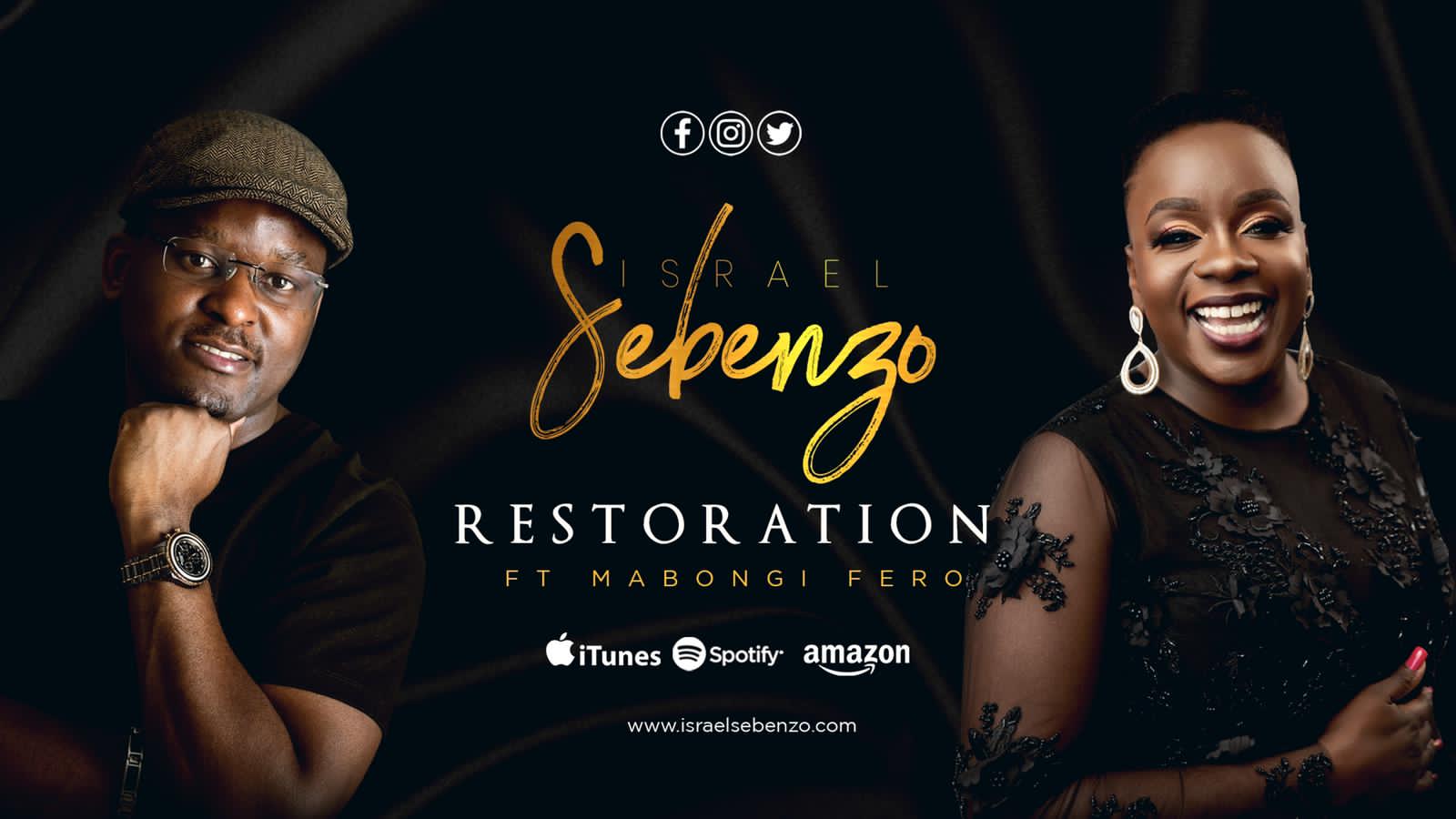 Singer, songwriter and Artist & Repertoire (A&R) executive, Israel Sebenzo is set to release a new single titled “Restoration” on the 30th of April this year, a first of a series of singles to be dropped leading to his new EP coming this July.

Restoration, which will be available on all digital platforms upon release features acclaimed South African singer, songwriter and vocal coach, Mabongi Fero.

The collaborative song which displays Israel’s consistency in the quality of production and engineering of solid ‘smooth’ sounds has been enhanced by the team work which comes through working with the industry’s finest acts.

While speaking about this song which is centred on the fulfilment of God’s promises to humanity, the ecstatic Sebenzo said “I will be releasing singles this time every month leading to another EP, which has become a custom towards my birthday month in July”.

He further added that the song is inspired by a scripture in the Bible from the book of Genesis 26 where there is a story of Isaac who was re-digging wells of water which had been previously dug in the days of Abraham, his father.

This is a song of breakthrough.

It took faith, work and commitment to dig the wells again, but the provision was there when Isaac sought it diligently. The spiritual resources that sustained previous generations are available for us today if we seek them with faith, work, and commitment.”

It comes to reassure listeners that the Lord has not forgotten about them.” he said.

Sebenzo, who launched the Israel Sebenzo Media & Entertainment Group (ISMEG) Record Label under which he also released his self-titled EP on his birthday, the 22nd of July, has once again promised that the trend will be continuing.

He also explained that he will be doing some podcasts as a way to mentor upcoming musicians and promote the music industry while still keeping his focus on dishing out more new music and other projects.

Brian Kazungu is an Author, Poet, Journalist, and Technology Enthusiast whose writing covers issues to do with Business, Travelling, Motivation and Inspiration, Religion, Politics, and Communication among others. https://www.amazon.com/author/briankazungu https://muckrack.com/brian-kazungu http://www.modernghana.com/author/BrianKazungu [email protected] @BKazungu-Twitter He has written and published several books covering various aspects of human life including leadership, entrepreneurship, politics, personal development as well as poetry and travel. These books are found on Amazon https://www.amazon.com/author/briankazungu 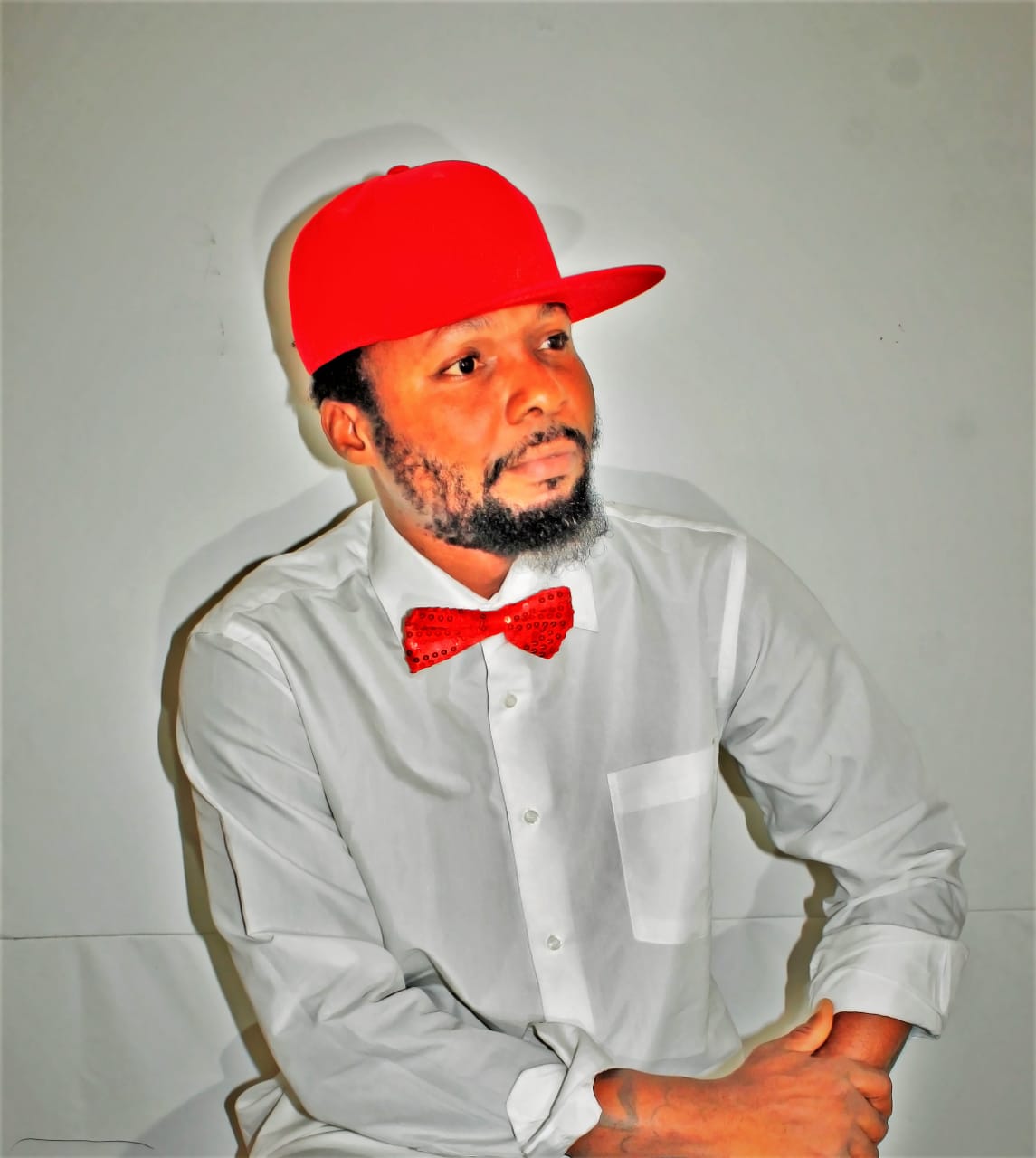 JayTomsom who believes that music runs in his family blood since his parents were active in the church choirs from his early childhood revealed that the 50 track album that he is working on is a fusion of the Afro-beat and Afro-rock music genres.

During an interview with iniAfrica News’s Brian Kazungu, the multi gifted Singer, Drummer and Graphics Designer, JayTomson expressed his gratitude to God, his fans and family as well as to his managers and promotors for their precious input in his music career.

iniAfrica News: You recently ventured into the music industry and have some tracks which have been well received across the continent especially in Ghana and South Africa. Tell us more about yourself as well as about your songs and the inspiration behind them.

JayTomson: My name is Derrick Oluwafemi Thompson aka JayTomson born in Accra Ghana. I was born in a family of three where my two siblings are girls and I am the only boy child. I attended Deyoungsters International School.

I am an ICT professional, Graphics Designer as well as a Singer and a Traditional Drummer.

iniAfrica News: When and how did you start singing and what is it that inspired you to be a recording artist?

JayTomson: I started singing at the age of 12 during my early school days, I was inspired by my parents who were both singers at church choirs. I must say music is in our blood, it runs through the family.

iniAfrica News: Do you look forward to continue singing and releasing more songs or it’s just something temporary? If you are to continue on this music route, when can your listeners expect your next song or album?

JayTomson: Yes, am still doing music and I don’t think there is anyone that can stop me.  Music has been part of my life since childhood. Currently, we are planning to drop my first album next year which consists of 50 songs which are a fusion of Afro-beat and Afro-rock.

iniAfrica News: Based on the talent you that you displayed in composing and performing your songs, there are people who are definitely going to be interested in purchasing, streaming or downloading your music. On which music platforms can people find it at the moment?

JayTomson: My current single, Baba God, is now out on several digital platform across the world like iTunes and Google Play-store music etc.

iniAfrica News: Are there any musicians who have inspired you to become a singer or who inspire you to adopt the way you sing? If there is, how has such a person or people influenced you?

JayTomson: Yes, as I was growing up, I would listen to different kinds of music from across the African continent and even internationally. Basically, I love Afro-beat music especially from legendary musicians such as Fela from Nigeria and Osibesa from Ghana.

iniAfrica News: How has been the feedback so far from your listeners regarding your music and how has that made you feel?

JayTomson: The feedback that I have received so far has been so refreshing. I have travelled to many countries in Africa and wherever I have performed, I have been overwhelmed by the reception from my fans.

iniAfrica News: What has been some of the challenges that you have encountered in the process of getting your music into the public domain and how have you managed to withstand those challenges?

JayTomson: The main challenge for me as with many other musicians has been financial especially when you consider studio production costs and even video production. As such, any collaborations and forms of assistance that can make our work easier and more polished is always welcome.

iniAfrica News: What can you say to youngsters or even grownups who would like to venture into the music industry but are not quite sure of what must be done to get their voices out there to the very people who needs the music in their ears?

JayTomson: I always advise others to stay true to themselves and to be humble. Musicians must always do away with pride and must be self-disciplined in order to avoid ruining your life and career.

iniAfrica News: Besides other musicians who inspire you, who else do you like to acknowledge for their input towards the success of your music project?

JayTomson: First and foremost, I am thankful to God, the Almighty and secondly my family especially my Mum and sisters as well as my managers and promotors from across the African continent and the beyond. These people have really inspired and pushed me to the level that I am today. 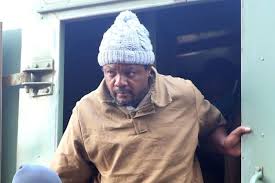 In the first publication of the free style ‘jam’ on social media today, Hopewell asked for a good music producer for doing a song against looting.

Within a short space of time he had already released another video of the same song featuring Ugandan President, Yoweri Museveni showing some dance moves.

He also posted a Shona version of the same song.

The Shona version had with 20 minutes garnered 800 likes and 300 comments while the Museveni version attracted almost a thousand likes and over 200 comments in less than an hour on Facebook alone.

The hype has also brought about a Them Loot challenge where people are now posting their own videos singing along to the same song. The Covid-19 Pandemic has forced Ster-Kinekor Theatres to adopt the voluntary business rescue route in order to rehabilitate the once profitable business whose cash generation has been negatively affected by lockdown measures meant to contain the spread of the virus.

Below is a Press Release detailing circumstances that has necessitated the business rescue option and highlighting the way forward and the prospects of the business in both the short and the long run.

The board of directors of Ster-Kinekor Theatres Proprietary Limited today announced that the company has commenced voluntary business rescue proceedings as with effect from 27 January 2021 in terms of the Companies Act. Business Rescue aims to facilitate the rehabilitation of a company.

Up until February 2020, Ster-Kinekor welcomed millions of movie goers every year to their cinemas. The business was profitable and highly cash generative, with good prospects of future/ ongoing profitability from the pipeline of blockbuster film content that had been scheduled.

As a result of the Covid-19 pandemic and the consequent economic lockdown instituted by the South African Government at the end of March 2020, all cinemas were required to shut down, and only permitted to reopen under strict conditions as from the end of August 2020.  Since then the Company has been operating under various forms of restriction, including curfews and mandatory limits to the number of guests per auditorium. In addition, there has been an impact of the rescheduling of blockbuster film contents from the original date. The second Covid wave hit South Africa and other countries in December 2020, with further lockdown measures and curfews reintroduced across the cinemas.

These factors have meant that Ster-Kinekor has been trading at a loss, as the company continued to incur costs.

The continued lack of content for the next 4-5 months means that the business is heading for further operational and cash flow challenges.  The board is of the view that the safe harbour that business rescue provides, in terms of providing a legal moratorium, will assist the business to return to profitability, once operating restrictions have been lifted, when international film distributions start to flow again.

Stefan Smyth, a Partner at EY South Africa, where he leads their Africa Turnaround and Restructuring Strategy practice, has been appointed as the Business Rescue Practitioner.

The Business Rescue Practitioner operates as an independent party, who together with the board and executive team, will oversee the business rescue as defined by Chapter 6 of the Companies Act. The Business Rescue Practitioner will on a temporary basis, supervise the management, affairs and business of the company and will devise, prepare, develop and implement a plan to rescue the company.

“For our customers, it is important to note that our cinemas remain open for business.  Movie goers can continue to book their movie tickets through our website, App or in-store. All cinemas have instituted strict Covid-19 protocols, which mean temperature checks and hand sanitizing on arrival and inside the auditoria and mask wearing as appropriate. Every two seats are kept vacant for social distancing”, noted Acting CEO Motheo Matsau.

Ster-Kinekor executives and Business Rescue Practitioner teams are engaging with employees, who have been requested to continue with their normal work duties, also under strict Covid -19 health and safety protocols, delivering the exceptional service that customers have come to expect from Ster-Kinekor.

“My team and I will immediately begin consultations with all affected persons and stakeholders and intend to communicate more fully in due course”, noted Smyth.

“We look forward to the support of all stakeholders in this process”, concluded Smyth.